[Just to clarify — this post is being written from the position of having sent jobs@automattic.com my application for the position of Events Wrangler, but not yet having heard back from them regarding scheduling an initial chat interview.]

This is an updated perspective on what sounds like a challenging, exciting, scary, exhausting and fun way to start out my Automattician Adventure — three weeks in the role of Happiness Engineer! Part 1 was published about a month ago.

It was my hope that over the past month I’d find a bunch of detailed posts about Automatticians’ first three weeks on the job, sagas of their onboarding stint as a Happiness Engineer. Didn’t happen. Lots of Google searches. A dearth of detailed sagas.

That dearth is understandable. The first three weeks in a new job are usually brain overload. The Automattic new-hires who will be full time Happiness Engineers (HE) no doubt find few things remarkable about their first three weeks, because that’s what they hired on to do full time. Their first three weeks must blend into weeks four, five and six without much of a bump. So they don’t have any particular reason to highlight what the three week orientation HE work was like.

Automatticians going into other full time positions might end their three week HE stint with a sigh of satisfaction followed by a longer sigh of relief. They’re happy to move on to code wrangling, theme wrangling or whatever other area they signed on for. The first month or two in a new job after the onboarding period are generally pretty hectic — trying to get up to speed with everyone else, adjusting to the rhythm of work at Automattic, digging in deep to produce something that feels worthwhile. Writing a blog post about a three week HE tour of duty is far from the top of their to-do list.

4 Steps To A Detailed Tale

Odds are, the only extensive tales capturing the three week intro to HEing are written by a new hire who:

The above four points are what I will do after Automattic hires me as an Events Wrangler. Well, I’ve already done the first, so I’ll actually be doing items 2 through 4 when I start working for them…

Although I didn’t find the storehouse of intriguing tales of onboarding, there were bits and pieces, and I read lots more about other aspects of work at Automattic. I’ll continue to poke around with Google and new search terms, and I’ll update this post if my searches locate any particularly helpful posts.

Whilst searching for more info about the three week onboarding period, the four items below that I serendipitously found were of high interest to me. 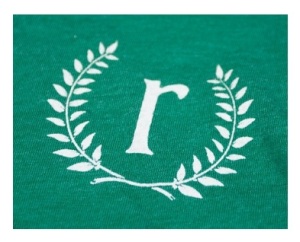 (1) Seeing the Automattic Excellence Wrangler page quote Rands (Michel Lopp) was one more plus for the company. He is an excellent writer, knows geeks and the tech industry, and has been on my must-read list for many years. If you’re a coder or other type of nerd / geek, check out Rands, including his Nerd Handbook.

(2) Andrea Badgley highlighted an insight that all new hires need to internalize or they’ll always feel conflicted about taking “work” time to read the P2/O2 posts. While doing the three week onboarding and in my work as an Events Wrangler, I’ll keep that point in mind.

“…When I transitioned to full time, the hiring squad set me up with a mentor, Caroline. I told her recently, “I’ve spent the past couple of days reading relevant P2 posts, there’s no ‘product’ at the end of that – no ticket or chat closed – so it feels like I’m slacking off, you know?”

I am guilty of thinking I’m ‘not working’ when I’m reading P2s,” she said, “But that’s a huge part of our jobs! It’s all the talks and meetings we’d have if we were working in a traditional office. So it’s still important, and counts…”

(3) Andrea also did a post recently about SupConf. That post is a good indicator that the not-conventional events I’d like to do as an Events Wrangler will either be endorsed and supported, or that the event proposals will at least generate good discussions and lead to

A couple of weeks later, Scott contacted me with some follow up questions…And then he asked, “Would you like to help me plan this conference?”

…Customer support is a noble profession with a bad reputation…And so I said yes. SupConf needed to happen. We needed a place where we could gather, learn from each other, teach each other, and figure out how to blaze the path…”

(4) This last item was more of a food-for-thought soundbite from Fast Company. It made me stop and think about open source projects and the huge influence of benevolent dictators for life, e.g. Linus Torvalds, Guido van Rossum, Matt Mullenweg. Thinking about them reinforces the saying attributed to Margaret Mead — “Never doubt that a small group of thoughtful, committed citizens can change the world; indeed, it’s the only thing that ever has.” It also causes one to wonder what the future holds. For Matt. For Automattic. For WordPress.

Regarding my three weeks as a Happiness Engineer, what the future holds for me is more time in the WordPress.com forums. I intended to spend lots of time there, but haven’t integrated that item into my calendar yet.

Goal: Spend 1+ hour per day at least five days per week in the WordPress.com forums for the next few weeks; take notes and write a future post about the forums.