Here’s your May 14 update on recent news about events wrangling. This Saturday’s news includes a variety of topics that may inform you or inspire you to do something a little different for your next event. For complete details on any of the items, click the headline link and read the article in its entirety.

Private dining brings in big money. Now there’s a networking group for those who plan the events. 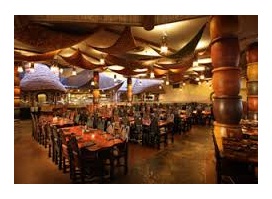 “Lisa Flores…felt there was something missing on the professional-development scene: “I would attend all these seminars…but nothing that was very specific to restaurant event planners.” Whether it’s intimate birthday parties or big corporate lunches, private dining plays a big part in the success of many restaurants. That was the impetus for Society for Events: Restaurant Venues, or SERV, a networking group for restaurant event planners…

The first seminar, which will be held in June, is called “The Value of the Private Event.” Flores says, “A lot of event managers…don’t know how important these private events are for restaurants, how they impact the bottom line. That was our first focus…

Long term, Flores hopes to expand her list of more than 100 event planner contacts to a membership model — and expand the group to include general managers and chefs. “We rely on each other so heavily, and we face the same challenges,” says Flores…“Overall, the restaurant industry in Boston is so supportive of each other. Yes, we’re competing for the same clients, but we are only as strong as the restaurant community as a whole.”

My initial observation about this article is that the title is lonnng. My other observation is that it has at least three points for events wrangler in the SERV article:

“Who doesn’t love bacon and beer? That’s why there’s an event dedicated to both. The first Fort Myers Beer and Bacon Festival…will feature more than 80 crafts beers from the local area and elsewhere, and some of the most amazing bacon recipes you can taste from a dozen eateries. Patrick Green, event organizer, said he has put on this event…for the simple reason being that he loves bacon and beer and that the two go great together…”

“Magic will happen inside the walls of Girls Inc. this Saturday. Classrooms that usually teach muggle skills such as economic literacy will be transformed into potions rooms. The cafeteria will become the Three Broomsticks Inn, serving non-alcoholic butterbeer and other wizarding treats. The entrance will be transfigured into Platform 9¾…Harry Potter’s Hogwarts is coming to Panama City, and 18-year-old event organizer Taylor Phagan is hopeful a little bit of magic will come with it to help her friend Emma Fenwick…Fenwick, 17, of Panama City, was diagnosed with Stage 4 Hodgkin’s lymphoma on March 7 after months of feeling sick…Phagan and Fenwick became close friends in middle school when they met at Girls Inc. and bonded over Harry Potter…”

Spice of life: Stinkfest still potent despite a few hiccups

“The allure of Stinkfest in East Bradford remained potent despite a few hiccups this time around…The 15th annual Stinkfest was held from 11 a.m. to 6 p.m. Saturday…the usual carnival provider double-booked himself and calls to myriad other vendors in Pennsylvania, New York state and Ohio for a replacement were unsuccessful…She thinks if everything would have gone according to plan, there may have been a great turnout because Stinkfest is now the only remaining leek-centered event in the Bradford area. Also, the former draw of outhouse races had to be canceled due to a lack of participation…“There were only two entrants,” she said. “People were really disappointed about that, too, but I can’t twist people’s arms to make them make outhouses…” 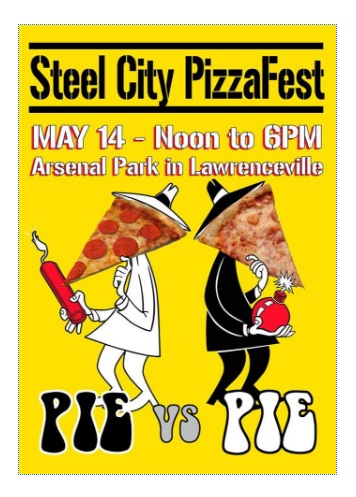 “Ask a Pittsburgher where the best pizza in the city is and you’re bound to get a different answer depending on which pie lover you ask…more than a dozen pizza shops will come together May 14 for the second Steel City Pizza Fest in Lawrenceville…“A lot of the shops make smaller slices at less price or they make their regular slice. Some places sell whole pies,” said event organizer Michael Devine. “Last year, we sold 100 pizzas an hour and three shops ran out of dough. It was pretty amazing.” Garfield’s Spak Brothers will host a pizza-eating contest each hour. And Lawrenceville-based Hambones, which isn’t actually a dedicated pizza shop, will make specialty pies featuring its pulled pork and mac and cheese…”

The four events linked above, beer & bacon, Emma goes to Hogwarts, Stinkfest, and pizza fest, each show how an event founder or event team can combine a dash of creativity, a topic with strong appeal for the target audience, and a large dose of work and perseverance to create a worthwhile event of pretty much any kind. Clay Shirky’s “Here Comes Everybody: The Power of Organizing Without Organizations” concept leads to a sort of “choose your own eventure,” a slightly different take on the Choose Your Own Adventure (CYOA) books. CYOA is a “series of children’s gamebooks where each story is written from a second-person point of view, with the reader assuming the role of the protagonist and making choices that determine the main character’s actions and the plot’s outcome.” In today’s world, connected by the internet, social media, smartphones and other digital products and services, it’s relatively easy for anyone to create and put on a new event.

An internet-enabled twist on CYOA is Choose Your Story, a “community-driven website centered on Choose-Your-Own-Adventure style storygames. Members create their own storygames, read and comment on other members’ storygames, participate in the forum, and improve their writing ability.” If an open collaboration “choose your own eventure” site doesn’t already exist, it’s something that an enterprising events wrangler or motivated community advocate could easily design and launch.

“The first Abbotsford Tulip Festival was far more successful than anticipated and will return next year, albeit with tweaks to its traffic plan, the event’s organizer says. With around 90,000 visiting the tulips at the North Parallel Road site in April, Alexis Warmerdam said “attendance far surpassed our wildest dreams…I haven’t been able to wrap my head around how many people showed up…The popularity, however, came with a few challenges. Traffic, in particular, was an issue on the busiest weekend days, with thousands backing up traffic on Highway 1…Although the gravel lot set aside for parking was filled on busy days, overflow parking was able to accommodate the demand…” (Click here for event video.)

This first-time Tulip Festival brought to mind the culture-changing large scale event mode discussed in the Events Wrangling post “Events And Building Regional Culture: Part 2.” When a first-time festival organized by a self-funded person or small business draws 90,000 people, it results in a celebration of success, a set of challenges for the event team to work through, and potential for affecting the culture of the region.

“We have the power to bring jobs back to rural America,” Robert Wolf, event organizer said. “We can grow our own food and provide our own energy.” The event, Building the Agricultural City, will include a dialogue with seven speakers, including Chef Monique Hooker, a champion of the local foods movement in Wisconsin, Roger Thomas, a former state representative and current economic development director in Elkader, Iowa, and Larry Grimstad, retired president of Decorah Bank and Trust and promoter of all things renewable energy.“This dialogue,” Wolf said, “can sow the seeds for a economic renewal…”

“Building the Agricultural City” is another example of an event with culture-changing potential. The Decorah event is slightly different from the tulip festival because it’s stated hope is to “bring jobs back to rural America” and “sow the seeds for a economic revival.” In addition to relating to the culture-changing Events Wrangling post, the Decorah event also relates strongly to the “Events Wranglers And Holons” post.

When Santosh started to look out for funding, he faced several rejections from international angel investors, who weren’t convinced of this idea’s scalability in India way back in 2009…in 2012 Santosh met Google India MD Rajan Anandan…Post the pitch discussion Santosh got a call from Rajan asking, “What are you really interested in?…building a long tail model of all these small scale businesses…or are you looking at large scale?” Santosh replied saying “both.” Post this Rajan did not revert back to Santosh regarding any investment ideas. Then Santosh…took a step back and decided to concentrate on the DIY platform…The team changed its model and decided to stop chasing large scale events…and focus on small and medium scale clients.

They saw the idea gaining traction and after three to four months Santosh decided to mail Rajan…you had a valid point when you asked whether we wanted to focus on small events or large and I said large back then,” Santosh wrote. “We have realized that we had messed with the model and did not realize the DNA that has created this company. We are now just focussing on DIY only and we have grown seven times now…”

The Explara article highlights two items of interest for events wranglers. First, it’s an events management platform you might be able to use or at least learn from. Second, it’s an example of building an events-related startup. No one is more aware of the challenges presented by planning and putting on events than an events wrangler. You can build new tools that will help you and other like-minded people, and could possibly create a new startup company.